Everybody is so happy go lucky about the new medical marijuana programs starting in the various states. You register, get a prescription from a certified doctor, get a marijuana card with the prescription, and then take the card to a dispensary to get your weed.

It all sounds well and good, easy breezy. But what these medical marijuana states don't tell you is that Federally, medical marijuana is still illegal. Therefore, even if the state says that's it's "OK", the Federal Government still says it's a crime. So now, they have a list that you're on, that says you are a criminal because you got the card. What they also don't tell you is that you cannot purchase or own a firearm and you have to turnover the ownership of any firearms that you already have.

This is the big picture of the Government. They actually want you to stay high, and take your guns away so you'll be in a vulnerable position. Most people would say "I don't need any guns so I'm going to get my medical marijuana card." The government would love that. That way, when it's time to confiscate your guns, they know just where to go.

I am an avid gun owner. I don't hunt. I don't go shooting at ranges often. I just have them for protection. I know one thing, it's better to have a gun and not need it, then to need a gun and not have it. If the Government wants my guns, I am more than willing to forfeit them under one condition, which is that they get all of the guns from all of the criminals first.

Like I said, I have guns for protection. The police aren't there before or during a crime. They come after a crime has been committed. I know for a fact that if a national catastrophe would happen that would affect the supermarkets in the poor neighborhoods, they would come to the wealthier neighborhoods to loot. That would be their only option. There will be no one to protect you except yourself. All of the desperate people that come into your neighborhood will not be asking for anything. They would be trying to take it and chances are, they will have guns.

So, if you get high, keep doing it on the down low. Don't let everyone know your business. When it comes to the medical marijuana card and programs, Don't Do It! 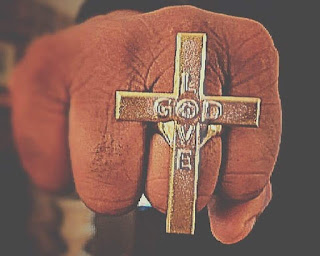 Ghetto Bastard
I was born in the South Bronx in the late sixties to a drug-addicted mother, who didn’t know who my father was, and into a world that didn’t want me.